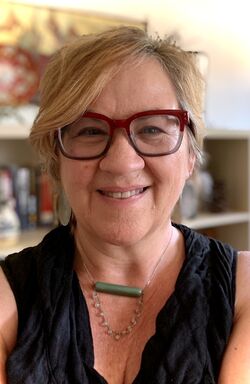 Jo-Marie Burt, Associate Professor (Schar School), "Rebuilding community after atrocity: Human rights prosecutions in Guatemala"
Researchers have documented the long-term impact of mass atrocity crimes on victims, families and communities. But victims of such crimes are also driven by a very human need to know the truth about their missing loved ones and to see those responsible answer for their crimes. My CHR project explores the way Guatemalan mass atrocity victims have overcome fear and isolation and built new forms of solidarity and community in their ongoing pursuit of truth and justice.nThese efforts to rebuild solidarity, trust and community —at the village level, through the creation of victims’ associations, and building alliances with key civil society allies— are an essential and ongoing part of this process, and are at the heart of my book exploring how Guatemala became a “least likely case” of successful post-conflict justice. 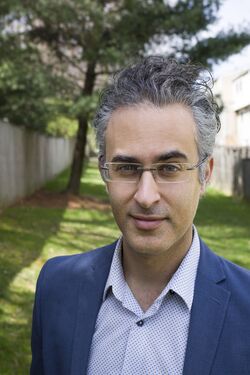 Hatim El-Hibri, Assistant Professor (Film and Media; English), "A Media History of the Arab Street"
The term 'Arab Street' conjures a racialized iconography of public disorder, volatile political passions, and communicative excess. This book project interrogates the discursive shifts in the valences of this concept as one that from emerges and transforms at the intersection of four key elements—the spatial tactics and communicative practices of protest movements, the governmental practices meant to manage them, technological transformations in mediated circulation, and contested and racialized imaginaries of Arab public life. This transnational and multi-sited history reveals how the materiality of media systems are embedded in and continue to express the aftermath of decolonization. 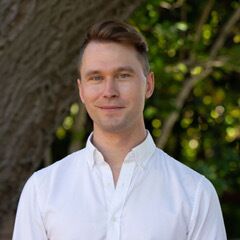 Samuel Clowes Huneke, Assistant Professor (History and Art History), "Forging Community under Fascism: Lesbians in Nazi Germany"
Forging Community under Fascism examines the lives of lesbian women in Nazi Germany. Although female homosexuality was not explicitly criminalized under National Socialism, lesbians faced various forms of discrimination, stigmatization, and persecution. This project unearths not only these forms of persecution but also how lesbians and other queer individuals connected with each other, building queer community even in the face of a hostile fascist state. In so doing this project seeks to recuperate a past that for far too long was relegated to the margins, while also using that past to forge queer solidarity in the present. 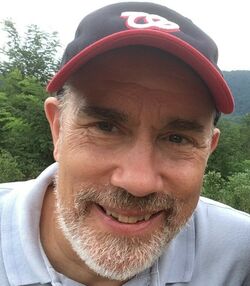 For Immanuel Kant, Enlightenment was the gradual coming-to-reason of humanity in general. For Kant’s acquaintance and contemporary Johann Georg Hamann, the preeminence of reason is the preeminence of the reasoning class—intellectuals, government ministers, and officials of the established Lutheran church. In one of the very first published responses to the Critique of Pure Reason, he connected this political “metacritique” to a philosophical one, diagnosing language as the blind spot of Kant’s critical enterprise. Philosophers grasp for power over common people, but pretend they are doing nothing of the sort, and in analogous fashion in his philosophical writings Kant tries and fails to suppress the origin of his rationalistic project in ordinary language. Or so Hamann sees it. My project involves connecting the political side of Hamann’s critique of Kant with the philosophical, and exploring possibilities for a Kantian rejoinder. 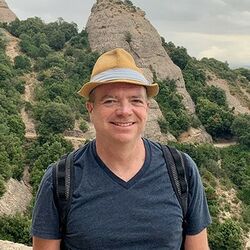 Char Roone Miller, Associate Professor (Schar School), "Paul: Living in the Last Days"
This book project focuses on our orientations to the future, especially a future already experienced in the shared anticipation of apocalyptic climate disaster. No one has directed more responsive energy to the end of time than Paul from the Hellenistic Roman city of Tarsus. In this political theory book project, I treat Paul as our contemporary. He can help us reflect on how to live with a future that seems to be passing away, especially, his reflections about how to act politically and affirmatively without a secure future. 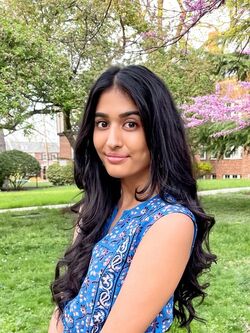 Pavithra Suresh, PhD Candidate (Cultural Studies), "Triangulating Despair: Normative Subjectivity and Crises of Despair in the South Asian American Community of Research Triangle, North Carolina"
My project explores what kinds of experiences second- and third-generation immigrants have under these specific historical circumstances. Preliminary evidence suggests South Asian American communities are marked by a reluctance to seek mental health treatment and consequently face negative outcomes, with particular pressure placed on young women and queer folks in the communities to stay silent on their struggles. The CHR theme of Connecting/Not Connecting provides a key opportunity to consider the far-reaching implications of community; through this project, I seek to untangle community ideals about what it means to be a ‘good’ Indian American (what I’m calling normative subjectivity) and what relationship normative subjectivity has with mental healthcare. I intend to explore if and how individuals in the community are self-managing symptoms of mental illness. I propose to examine the core stress factors informing how mental health crises are treated or not treated, specifically considering gender, sexuality, and caste. Furthermore, I aim to determine how community members belonging to these marginalized positions understand care and care avoidance, and to what they attribute this behavior. 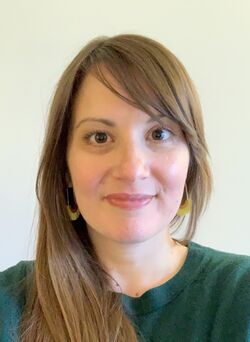 Margaret Zeddies, PhD Candidate (Sociology and Anthropology), "Postcolonial Study Abroad and Young People's Labor."
Questions of connection and global community are central to the aims of modern study abroad. However, study abroad has been critiqued by numerous scholars for centering on the individual transformation of the American student into a 'global citizen' while belying the premise of a larger global community. My project takes up this critique by examining postcolonial study abroad through political economy that considers how study abroad is itself part of global systems of power and inequality. A postcolonial approach to study abroad takes issue with the premise of global citizenship unless systemic and historical issues of power are addressed as well. I focus on how study abroad could be considered a form of labor in order to make visible the different ways that young people from the sending and host communities contribute value to the program, and how this contributes to or challenges the social reproduction of neocolonial relations. 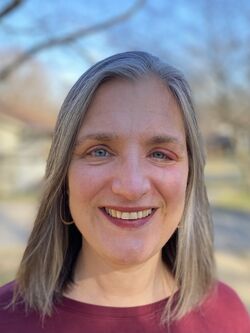 Joan Bristol, Associate Professor (History and Art History), "Marginalization and Belonging in a Secret Community: Esperanza Rodríguez, 17th-century Mulata Crypto-Jew"
This project examines the case of Esperanza Rodriguez, a free African-descent woman convicted of practicing crypto-Judaism by the Mexican Inquisition in 1646. Esperanza’s experience reveals how early modern identity could be formed through collective, private, and even secret practices, and how such practice-based identities interacted with official Spanish colonial categories of race. Crypto-Judaism was likely an essential part of Esperanza’s self-identity: she seems to have maintained her crypto-Jewish practice over decades spent moving around Spanish America and she became part of Mexico City’s crypto-Jewish community upon arrival in the capital. Esperanza had a central role in this community; she and her fellow believers trusted each other with the dangerous secret of crypto-Judaism and shared communal rituals. At the same time Spanish (i.e. White) crypto-Jews were very aware of Esperanza’s racial and class status and their testimony shows that some did not fully accept her. Esperanza’s participation in Mexico City’s crypto-Jewish community illustrates how racial and religious identities can both alienate and connect individuals within a community.

Aleezay Khaliq, PhD Candidate (Sociology and Anthropology), "Sense of belonging, and Community participation of Second-generation Muslim immigrants in the DMV area"
My project explores the sense of belonging, community participation, integration and well-being of second-generation Muslims living in Washington DC, Maryland and Virginia. Social integration through participatory activities is an integral part of immigrant life. Social participation not only shapes their identity but inculcates a sense of belonging and promotes well-being. Social participation facilitates the formation of strong socialties and bonds, that turn into long-term connections. Therefore, my project examines the association between belonging and well-being among Muslim immigrants settled in the area. 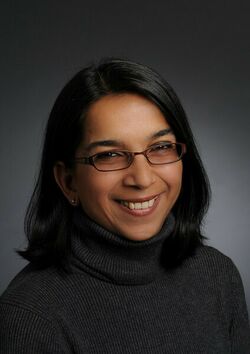 Sumaiya Hamdani, Associate Professor (History and Art History), "Surviving the State: Muslim Community and Identity Across the Indian Ocean"
This is the provisional title of a book project that I will be working on as a CHR Residential Fellow in Spring 2023. It will investigate the connections between religious elites in Yemen and India in the early modern and modern periods that allowed for the construction of communal identity for a particular Muslim minority. In particular, I'm interested in how the cultural capital of religious scholars enabled them to negotiate the preservation of a communal identity that at one and the same time connected the community with the larger Muslim world, and created a distinct identity that enabled it to withstand the indifference or hostility of states that governed it. 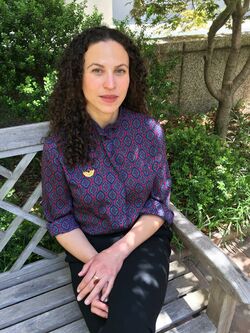 
In the United States, historically-mediated concepts of race and racism have influenced the shape of many policies, practices, and laws. These are “racial projects” (Omi and Winant 2015); they help develop race as an organizing social force and shape its significance within identities and social structures. My research explores a racial project of the present moment as it purports to move toward social justice: contemporary discourses of antiracism and their associated political outcomes.

Using public discussion on four Richmond, VA monuments as cases of study, I explore how communities form around these changing notions of racism. I ask, how does racial meaning become formulated in public spaces and how might it advance, or hinder, progress? These four monuments represent a tension between one kind of hegemonic community, attempts to disrupt that community, and the potential for democratic space to be created between them. 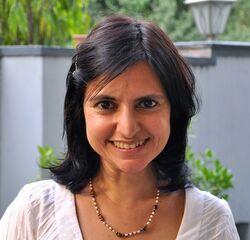 
The Central Vista, Delhi’s equivalent of D.C.’s National Mall, encapsulates the idea of community writ large and symbolizes what Jawaharlal Nehru called India’s “unity in diversity.” However, the Central Vista Redevelopment Project being enacted since late 2020 by Prime Minister Narendra Modi’s Bharatiya Janata Party ruling coalition is a top-down demolition and redesign of the entire area. The redevelopment is seen by many as causing a great “disconnect” between people and their monuments, history, and urban space. My project will analyze the competing narratives about the Central Vista and its redevelopment in order to understand how ideas of community and alienation are being employed and deployed by architects, urban planners, activists, petitioners, politicians, and the Indian judiciary. How are vocabularies of belonging and not belonging, heritage and progress used to imbue debates over aesthetics and the built environment? How is the site itself a canvas for national reckoning, assertions of power, and a struggle over meaning? 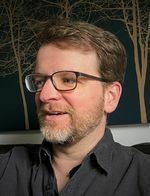 From the recent occupations of federal lands by white male ranchers in the US West
to the revolutionary Indigenous demands for LandBack, it appears that the politics of land in
the US are increasingly central to broader struggles. Less dramatic than these contestations, but perhaps equally important, are recent changes in the land market – as wealthy individuals and institutional investors increasingly view land as a desirable financial asset. This project examines the political dynamics of land ownership changes in the Shenandoah Valley of Virginia.

Over the past two decades the valley has experienced an increase in “amenity migration” – development of vacation homes, resorts, and short-term rental properties – a trend that intensified due to increased telework during the COVID-19 pandemic. When layered on top of the declining agricultural economy, the punctuated expansion of tourism and amenity migration are significantly reshaping the Shenandoah Valley. My research analyses the formation of political communities in the context of increasing tensions over land use and ownership change in the Shenandoah Valley, highlighting the ways that notions of stewardship and belonging are continually contested and reworked.